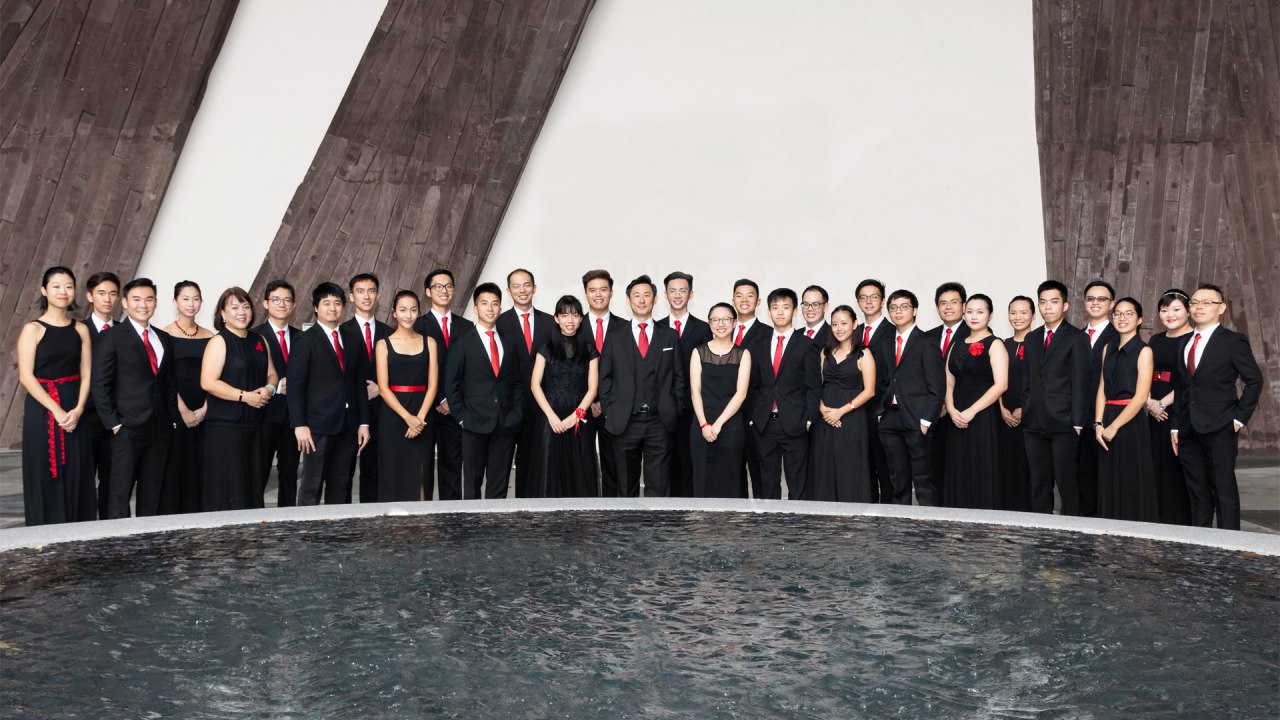 Raffles Singers was founded in 2001 when alumni singers of Raffles Chorale, the choir of Raffles Junior College and recipient of the 1999 Best Choir of the Year award, gathered for a reunion concert. Since then, they have continued to draw choristers not only from top Singaporean school choirs, but also from among accomplished choral conductors, voice and music teachers and experienced independent singers. Under the direction of award-winning conductor Toh Ban Sheng, the group continues to showcase their passion for choral singing.

Since its inaugural full-house concert at Victoria Concert Hall in 2001, Raffles Singers has given public performances both locally and overseas, from the inaugural International Garden Festival in Singapore (2008) to the concert at the Holy Cross Church in Warsaw, Poland (2015). More recently, the choir collaborated with the Orchestra of the Music Makers and the Queensland Festival Chorus (Australia) in 2016 for the performance of Beethoven’s 9th Symphony, Wagner’s Die Meistersinger von Nürnberg and Esenvalds’ Lakes Awake at Dawn in Singapore’s Esplanade Concert Hall to rave review. In the same year, Raffles Singers served as the demonstration choir for a week-long conducting workshop with Dr. Brady Allred, Artistic Director and Conductor of the Salt Lake Choral Artists in Salt Lake City, Utah. The choir also performed under Dr. Allred’s baton at the opening ceremony of the 9th Orientale Concentus International Choral Festival in Singapore in 2016.

Further afield, Raffles Singers has clinched top honours in competitions and festivals in Europe. The choir was awarded a perfect-score Gold Diploma and Category Champion at the 34th International Festival of Songs Olomouc in 2006. The following year, it was awarded a Gold Diploma at the 17th International Festival of Advent and Christmas Music in Prague. Most recently in 2015, the choir flew Singapore’s flag high at the 3rd International Copernicus Choir Festival and Competition in Torun, Poland, emerging as the Grand Prix winner.

Today, Raffles Singers continues to be recognised as a premier Singaporean choir. The choir remains committed to pursuing both period and contemporary choral music, enthralling audiences local and abroad with its signature fusion repertoires.