Mr Shlomo Magdassi is a professor of applied chemistry, at the Institute of Chemistry and the Center for Nanoscience and Nanotechnology at the Hebrew University of Jerusalem, Israel.

His research focuses on on formation and applications of novel micro and nanomaterials. These materials are applied in coatings and printed electronics, for example in electroluminescent devices ,solar cells and thermosolar power plants. He is the editor of three books: among them The Chemistry of Inkjet Inks.  He also has more than 60 inventions, which are related to applications of dispersed systems in various industries. In addition to basic scientific research, he conducts industrial R&D projects with various industries, such as in digital printing, solar energy, cosmetics and pharmaceutics, and he is involved in establishing several start-up companies.Several products based on his inventions are sold worldwide, for example ceramic inks for digital printing. 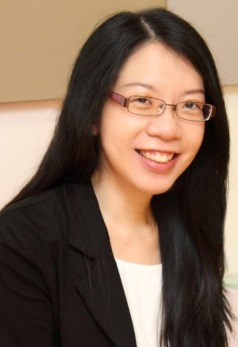 Dr. LEE Pooi See is an Associate Professor in the School of Materials Science and Engineering (MSE), Nanyang Technological University, Singapore. She received her Ph.D. degree from National University of Singapore in 2002. She joined the Nanyang Technological University in 2004. She is a recipient of the 2002 Norman Hackerman Young Author award presented by the Electrochemical Society, USA. She was awarded the Tan Chin Tuan Fellowship in 2006. In 2011-2012, Pooi See was as a Fellow in the Hanse Wissenschaftskolleg Institute of Advanced Study in Germany. She has authored and co-authored more than 160 publications in the field of nanomaterials for energy and electronics. She has more than 15 patents filed and has authored 5 invited book chapters. She is currently a program leader in the NRF funded CREATE on “Nanomaterials for Energy and Water Management”. Pooi See is a member of the Materials Research Society and Institute of Engineers Singapore. She has been an organizer, chair or session chair of many conferences. She is in the editorial advisory board of Advanced Energy Materials and editorial board of Scientific Report, she has served as guest editor in special issues in Advanced Materials and Small. 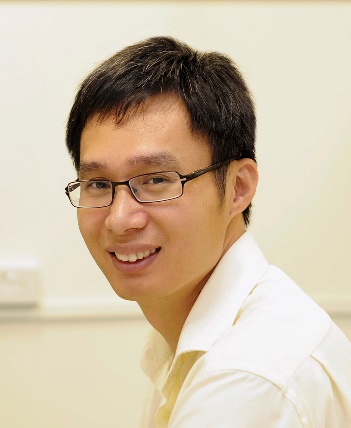 Dr. Chen Xiaodong is an Associate Professor at the School of Materials Science and Engineering, Nanyang Technological University (Singapore). He received his B.S. degree (Honors) in chemistry from Fuzhou University (China) in 1999, M.S. degree (Honors) in physical chemistry from the Chinese Academy of Sciences in 2002, and Ph.D. degree (Summa Cum Laude) in biochemistry from University of Muenster (Germany) in 2006.  After his postdoctoral fellow working at Northwestern University (USA), he started his independent research career as Assistant Professor at Nanyang Technological University, Singapore since 2009.  Since Sept 2013, he was promoted to Associate Professor with tenure.  His research interests include adaptable nano-bio interface and programmable materials for clean technology.  So far, He has published over 130 scientific articles, including in Nature Nanotech, Nature Chemistry, Nature Communications, JACS, Angew Chem, and Adv Mater, and has given more than 100 invited talks/seminars.  Since November 2013, he is the associate editor of Nanoscale.  In addition, he is the editorial advisory board member of Advanced Materials, Scientific Reports, and Journal of Laboratory Automation. He has been awarded more than ten prestigious awards and fellowships including the precious Singapore NRF Fellowship, the Tan Chin Tuan Exchange Fellowship, and the best PhD Dissertation award at the University of Muenster. 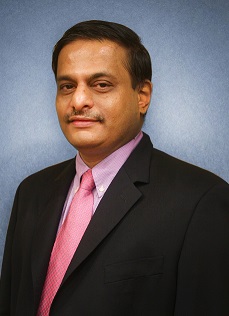 Prof. R. V. Ramanujan is at the School of Materials Science and Engineering, NTU. He earned his undergraduate and Ph.D. degrees from IIT-Bombay and Carnegie Mellon University (USA), respectively. He is a Fellow of the American Society for Materials. He is Chair of the Magnetic Materials Committee of TMS (USA) and serves on the IEEE Technical Committee (USA), Phase Transformations Committee of TMS (USA) and Awards Committee of TMS (USA). Ramanujan serves as Editor/Editorial Board member of Metallurgical and Materials Transactions, Materials Science and Engineering B, Materials Science and Engineering C and Nanomedicine. Ramanujan’s areas of research include magnetic nanomaterials for energy and water treatment.  He has organized several international conferences on advanced magnetic materials.  He is a Visiting Professor at universities in the US, India and China. He has served as consultant for multinational companies, including IBM, Ford and Applied Materials (USA) and received the Nanyang Award for Excellence in Teaching. 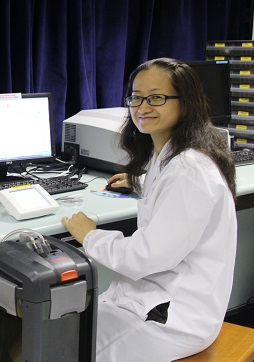 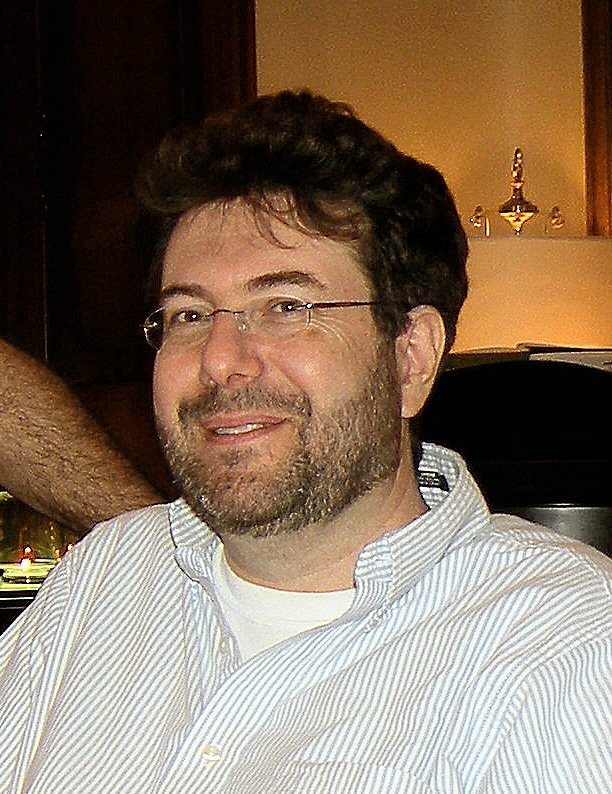 Prof. Robert S. Marks, (PhD, Weizmann Institute, Israel and postdoctorate at the University of Cambridge, England) has established in 1995 a biosensors laboratory at the Ben Gurion University, Israel, resulting in over 107 publications, 20 chapters, 4 granted patents, many more filed some of which were used to found 4 start-up companies of which 3 are now closed. His work consists in the development of fiber-optic probes, including various novel interfacial functionalization chemistries (silane-benzophenone, alginate-biotin, alginate-pyrrole, pyrrole-diazirine, etc…) as well as new configurations such as indium tin oxide coated fiber-optics. Both affinity as well as living probes have been made such as, fiber-optic immunosensors (Ebola, Dengue, West Nile, Rift Valley fever viruses, Hepatitis C, Brucella and cholera toxin), and fiber-optic bioreporter biosensors (both for on-site testing or flow-through devices) for water monitoring based on proprietary photodector systems (genotoxicity, cytotoxicity, heavy metals, endocrine disrupting compounds). Other projects consist in developing a chemiluminescent bioreporter nanotoxicity system, development of a reverse genetics cell reporter assay to influenza, a bioreporter panel for the discovery of antibiotics, including from difficult to grow microorganisms, the discovery of quorum sensor inhibitors from marine microorganisms. A program for the discovery of epitopes from ebola sudan virus for diagnostics was established from human survivor seral samples; nanobiotechnology, including nanolithography, nanometer scale structured surfaces for metal enhanced fluorescence, nanoantennas based on Raman and infra-red, the creation of tailored nanomaterials including conductive or affinity hydrogels. He has chaired 16 international conferences, has given 64 invited and 45 contributed lectures at conferences, 160 posters presentation with colleagues and students, and 79 academic lectures around the world. He is affiliated to the National Institute for Biotechnology in the Negev and the Ilse Katz Center for Meso and Nano-scale Science and Technology, and is an adjunct Professor at the University of Maryland (UMBC) and at the Nanyang Technological University (MSE) where he heads the Water thrust of the NRF CREATE center Nanomaterials for Energy and Water Management, and was an invited Professor in several Universities in, USA (1), Finland (1), France (5) and Italy (1). He has mentored 8 PhD and 25 MSc students who graduated and has presently 9 PhD students as well as 1 MSc. thesis in progress. He was the Editor-in-Chief for the Wiley 2 Handbooks on Biosensors and Biochips and is presently the Founding Editor of the Pan Stanford series of the High Tech of Biotechnology (1 published, 2 in press, 3 in process). 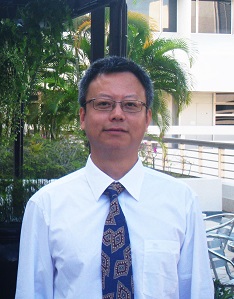 Dr. ZHANG Hua obtained his B.S. and M.S. degrees at Nanjing University in China in 1992 and 1995, respectively, and completed his Ph.D. with Prof. Zhongfan Liu at Peking University in China in July 1998. He joined Prof. Frans C. De Schryver’s group at Katholieke Universiteit Leuven (KULeuven) in Belgium as a Research Associate in January 1999. Then he moved to Prof. Chad A. Mirkin’s group at Northwestern University as a Postdoctoral Fellow in July 2001. He started to work at NanoInk Inc. (USA) as a Research Scientist/Chemist in August 2003. After that, he worked as a Senior Research Scientist at Institute of Bioengineering and Nanotechnology in Singapore from November 2005 to July 2006. Then he joined the School of Materials Science and Engineering in Nanyang Technological University (NTU) as an Assistant Professor. He was promoted to a tenured Associate Professor on March 1, 2011, and Full Professor on Sept. 1, 2013.

He has published 5 invited book chapters, 53 patent applications (including 8 granted US patents), and over 290 papers, among which 269 papers were published in the journals with IF>3 (including 99 papers published in IF>10 journals and 55 papers published in 7<IF<10 journals). Some of his papers have been published in Science, Nat. Chem., Nat. Commun., Chem. Soc. Rev., Acc. Chem. Res., Angew. Chem. Int. Ed., Adv. Mater., J. Am. Chem. Soc., Nano Lett., ACS Nano, Adv. Energy Mater., Energy Environ. Sci., Adv. Funct. Mater., Chem. Sci., Chem. Mater., Small, etc. Based on Web of Science on Oct. 2, 2014, the total citation of his papers is over 13,000 with H-index of 57. He has been invited to give more than 180 Plenary, Keynote or Invited Talks in many international conferences, universities and institutes, and serve as Session Chair. He has organized several international conferences and served as Symposium Chair or Conference Co-Chair. He is one of the Chairmen of the Editorial Board of ChemNanoMat (2015-) and an Associate Editor of International Journal of Nanoscience (2007-), sits on the Advisory Board of Chem. Soc. Rev. (2012-) and Nanoscale (2012-), the Editorial Advisory Board of ACS Nano (2014-), Chem. Mater. (2014-), ACS Appl. Mater. Interfaces (2014-), Small (2012-) and Nanofabrication (2012-), the Editorial Board of Carbon (2013-) and NANO (2007-), and the International Advisory Board of Materials Research Express (2014-) and ChemPlusChem (2012-). He is also one of the members of the Advisory Committee of IOP Asia-Pacific (2010-). He was selected to the 2014 The World's Most Influential Scientific Minds and the Highly Cited Researchers 2014 (Thomson Reuters, 2014) and listed one of 17 “Hottest Researchers of Today” in the world, and got the World Cultural Council (WCC) Special Recognition Award (2013), the ONASSIA Foundation Lectureship (Greece, 2013), Asian Rising Stars (15th Asian Chemical Congress, 2013), SMALL Young Innovator Award (Wiley-VCH, 2012) and Nanyang Award for Research Excellence (2011). 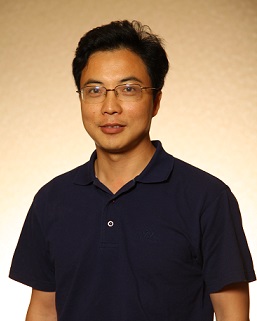 Dr. ZHANG Qichun obtained his B.S. at Nanjing University in China in 1992, MS in physical organic chemistry (organic solid lab) at Institute of Chemistry, Chinese Academy of Sciences (Prof. Peiji Wu/Daoben Zhu, ICCAS, Beijing) in 1998, MS in organic chemistry (Prof. Fred Wudl) at University of California, Los Angeles (USA), and completed his Ph.D. in inorganic chemistry at University of California Riverside (Prof. Pingyun Feng, USA) in 2007. Then, he joined Prof. Kanatzidis’ group at Northwestern University as a Postdoctoral Fellow (Prof. Mercouri Kanatzidis Oct. 2007 –Dec. 2008). Since Jan. 2009, he joined Nanyang Technological University (NTU) as an Assistant Professor. In 2014, he has been promoted to Associate Professor. Besides these, he also has three-year working experience in research institute of Nanjing Chemical Industry Co. (Aug. 1992 – Aug. 1995) and two-year’s research experience in ICCAS (Aug. 1998 – Jun 2000). He has published 145 papers (H-index: 31) and 4 patents. Some of his papers have been published in Nature Chemistry, Scientific Report. Angew. Chem. Int. Ed, J. Am. Chem. Soc, ACS Nano, Adv. Funct. Mater.