#EpicCrowdfunding – How to launch your campaign

Today is the day for some #EpicCrowdfunding! Thank you so much to everyone who have (and are still!) registered. We are very pleasantly surprised at the response. Do take note to come earlier than 7pm to get good seats! If you have any questions, feel free to ask via Twitter, Facebook, or hello@novelsys.co!

See you all tonight! 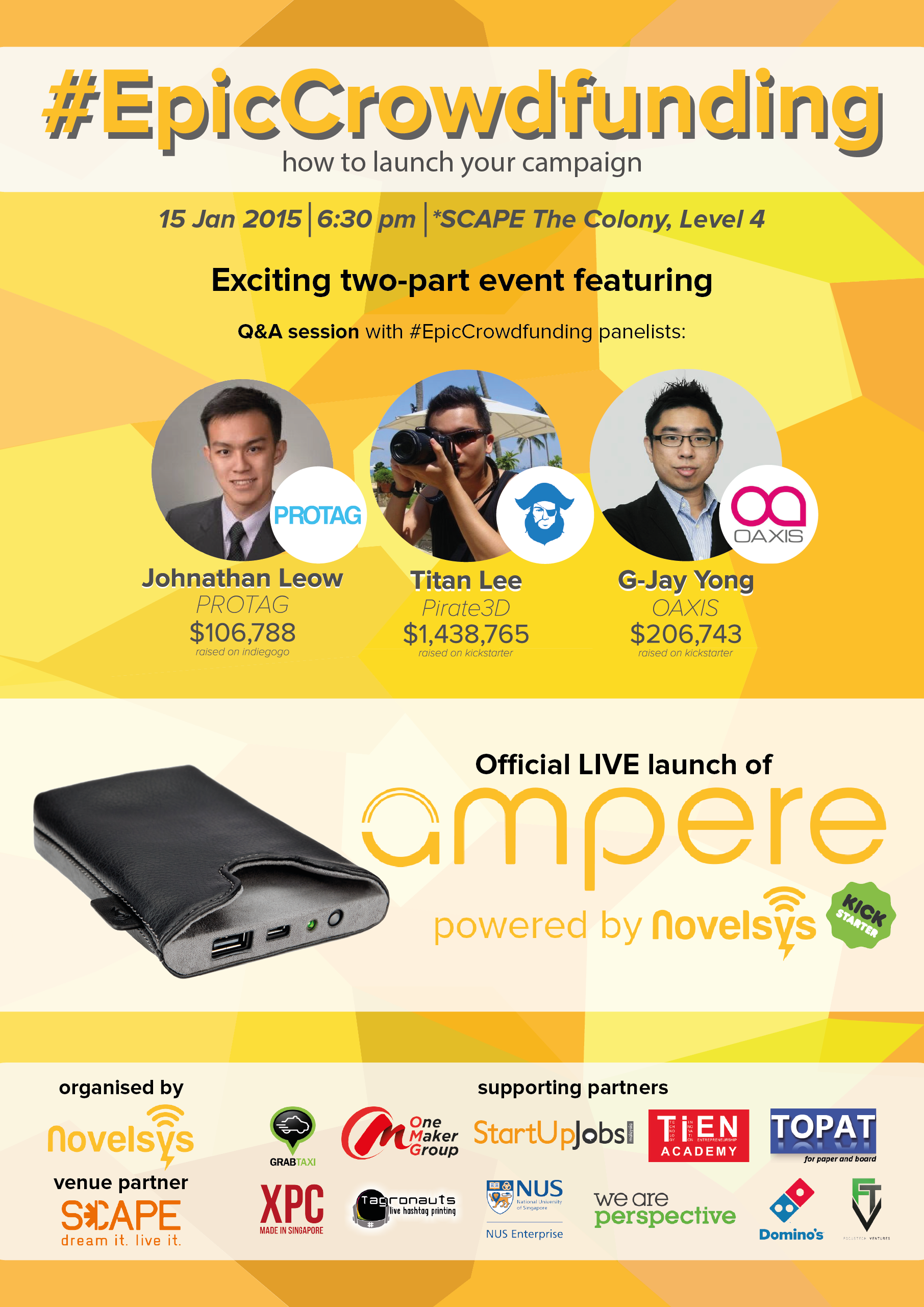 #EpicCrowdfunding – How to launch your campaign
Date: 15 Jan 2015
Time: 7pm (registration starts 6:30pm)
Venue: The Colony, *Scape HubQuarters, L4
Learn how to launch your own #EpicCrowdfunding campaign! The session will feature a Q&A segment with panelists from successful kickstarter projects – Johnathan Leow (PROTAG), Titan Lee (Pirate3D) and G-Jay Yong (OAXIS). The panelists will be sharing tips and tricks they've learnt from their own crowdfunded projects.
The second half will see those lessons come to life, as ampere by Novelsys launches onto Kickstarter right before their eyes. Guests will have the opportunity to witness and be part of the start of one of Singapore's most exciting Kickstarter projects.
Check out more about Novelsys & Ampere here: http://kickstarter.novelsys.co

More about the panelists: 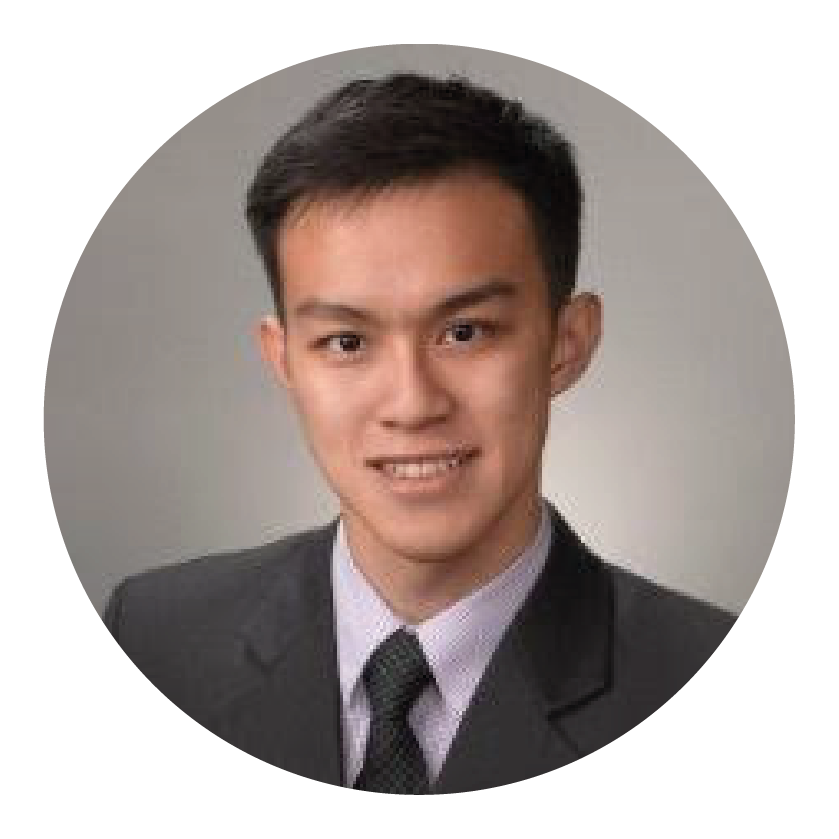 Johnathan Leow is a crowdfunding advisor, and author of "The Crowdfunded Kit!". He enjoys helping startups with idea validation,crowd-funding and growth hacking strategies. Previously as Marketing Head of PROTAG, he helped to raise over $100K in crowdfunding for the Duet, a smart bluetooth tag that watches out for smartphones.

He has since gone on advise over 20 startups,and has been able to connect with many other successful project creators and experts in this field. He writes regularly on crowdfunding topics, and his work has appeared on influential blogs such as TheNextWeb and CrowdfundInsider. Signup for his free crowdfunding course here: http://freecourse.crowdfundedkit.com/ 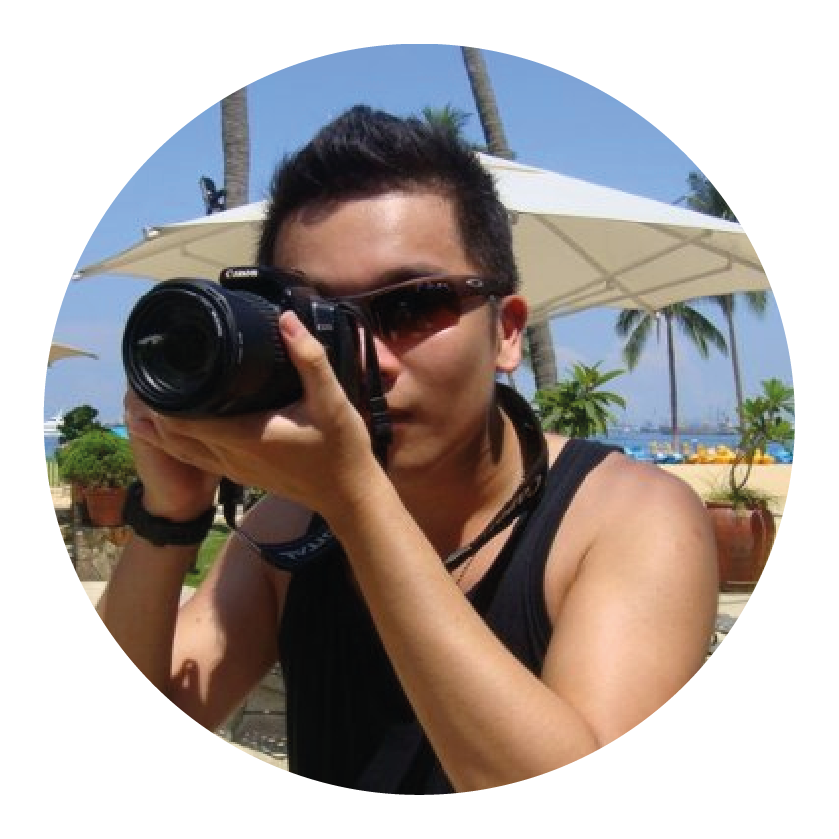 Titan is the ultimate growth hacker, with the numbers to prove it. Recently, he was given a budget of US$50,000 to manage a Kickstarter Digital Marketing Campaign for Pirate3D, a 3D Printing Company, resulting in securing funds of US$1,438,765 from over 3200 backers in 30 days, easily racking up as one of Singapore’s most successful crowd-funded campaigns.

Aside from that, he has remained committed to working on and developing himself both personally and professionally to create greater value in the market place. Throughout his career, he has demonstrated both his intuitive understanding of the forces that govern today’s marketplace as well as an understanding that the bottom line matters. 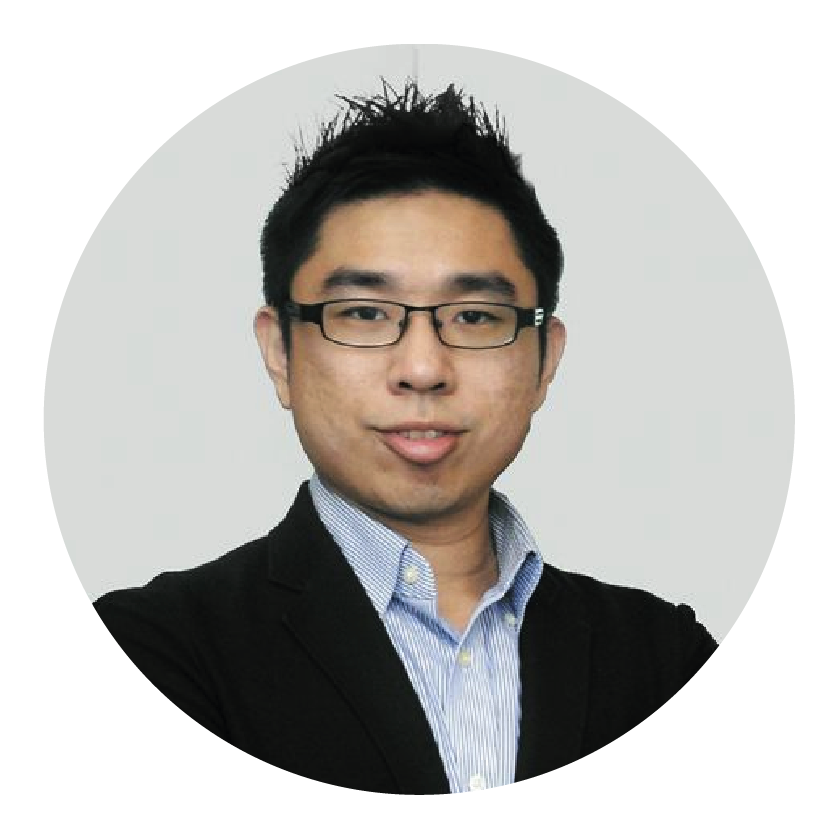 G-Jay is the CEO of OAXIS, which recently released their first kickstarter project – InkCase+. It can be inserted into a dedicated smartphone case and used as an auxiliary screen, bringing all the benefits of E Ink to Android smartphones.

An early prototype was showcased to the public at both Mobile World Congress and Computex Taipei trade shows earlier this year. The prototype saw such a large amount of interest that OAXIS will work alongside Kickstarter backers to get through the difficult process of bringing a product to market.

When it officially launched on Kickstarter, it garnered tons of attention and brought in over $200,000 in pledges.

If you are interested in learning or honing your crafting skills, check out Onemaker Group's classes and workshops. They range a fine variety of workshops from Introduction to Electronics to everything about woodworking. Definitely something for everyone. Click here to learn more about them.

Enrollment for their next bootcamp is now underway! So if you got an innovative business idea, why not check them out? Www.tienacademy.com/startup-bootcamp.html