NIC Convention 2019 ‘What Brings Us Together'

The registration is closed.

The National Integration Council (NIC)* cordially invites you to the NIC Convention ‘What Brings Us Together’.

The ‘Convention is the culmination of the NIC’s 10th Anniversary Celebrations, and will bring together integration partners from the public, people and private sectors including those who had participated in the NIC Engagement Series of dialogues from April to June.

Key highlights and recommendations from the NIC Engagement Series will be shared at the Convention. In appreciation of our partners who had contributed to integration efforts and in building a cohesive Singapore in partnership with the NIC over the past 10 years, we will also be launching the NIC 10th Anniversary commemorative book and presenting the NIC Awards for outstanding contributions from partner organisations and individuals.

We would like to invite you and a guest from your organisation to the Convention. 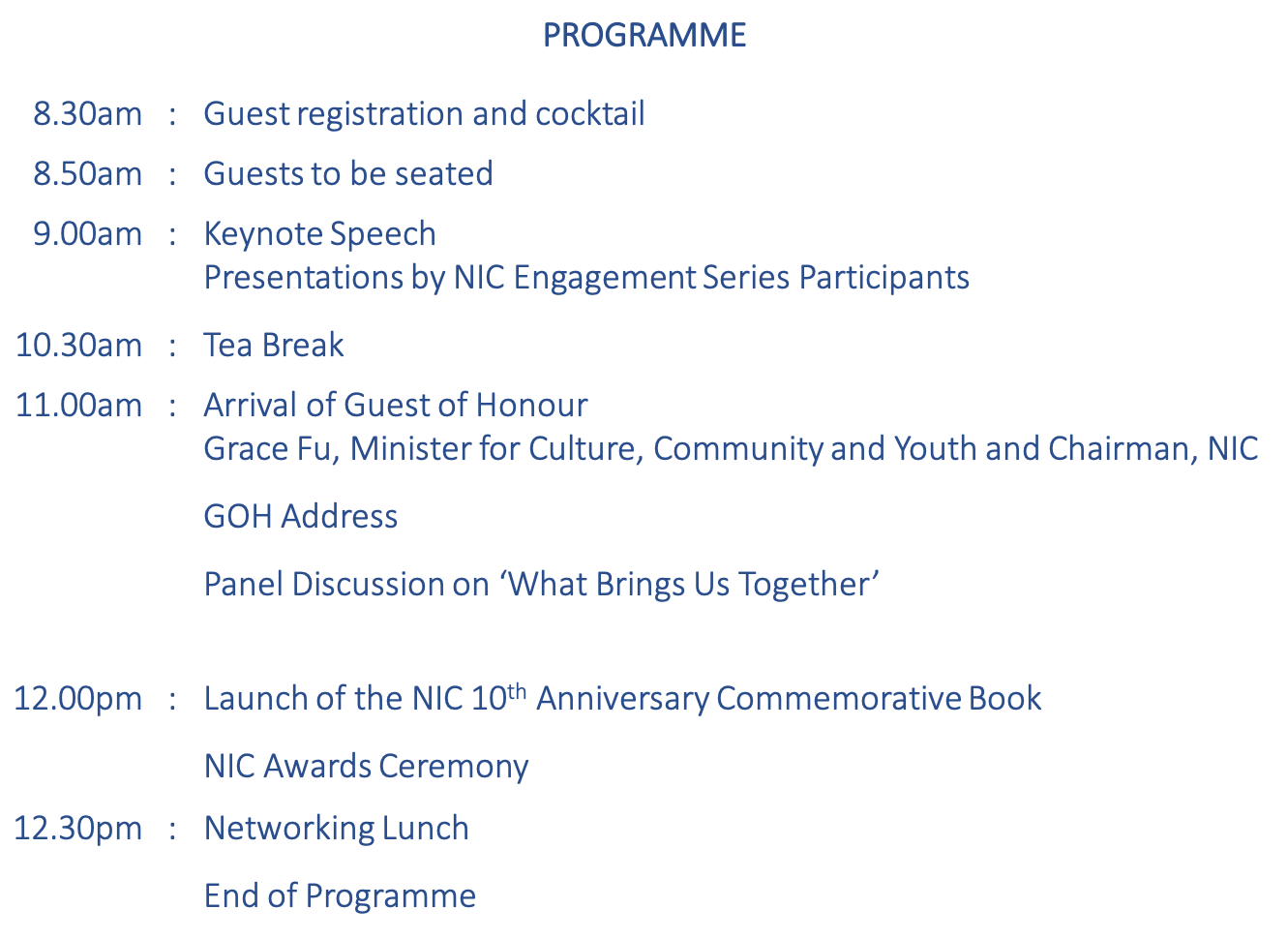 We hope you would be able to join us.

Greatly appreciate it if you can RSVP by 19 July 2019 to provide your information.

(*The NIC was set up in April 2009 to promote and foster social integration among Singaporeans, new immigrants and foreigners. It comprises leaders from the community, businesses, unions and the Government and facilitates collaborative social integration efforts among the people, private and people sectors)