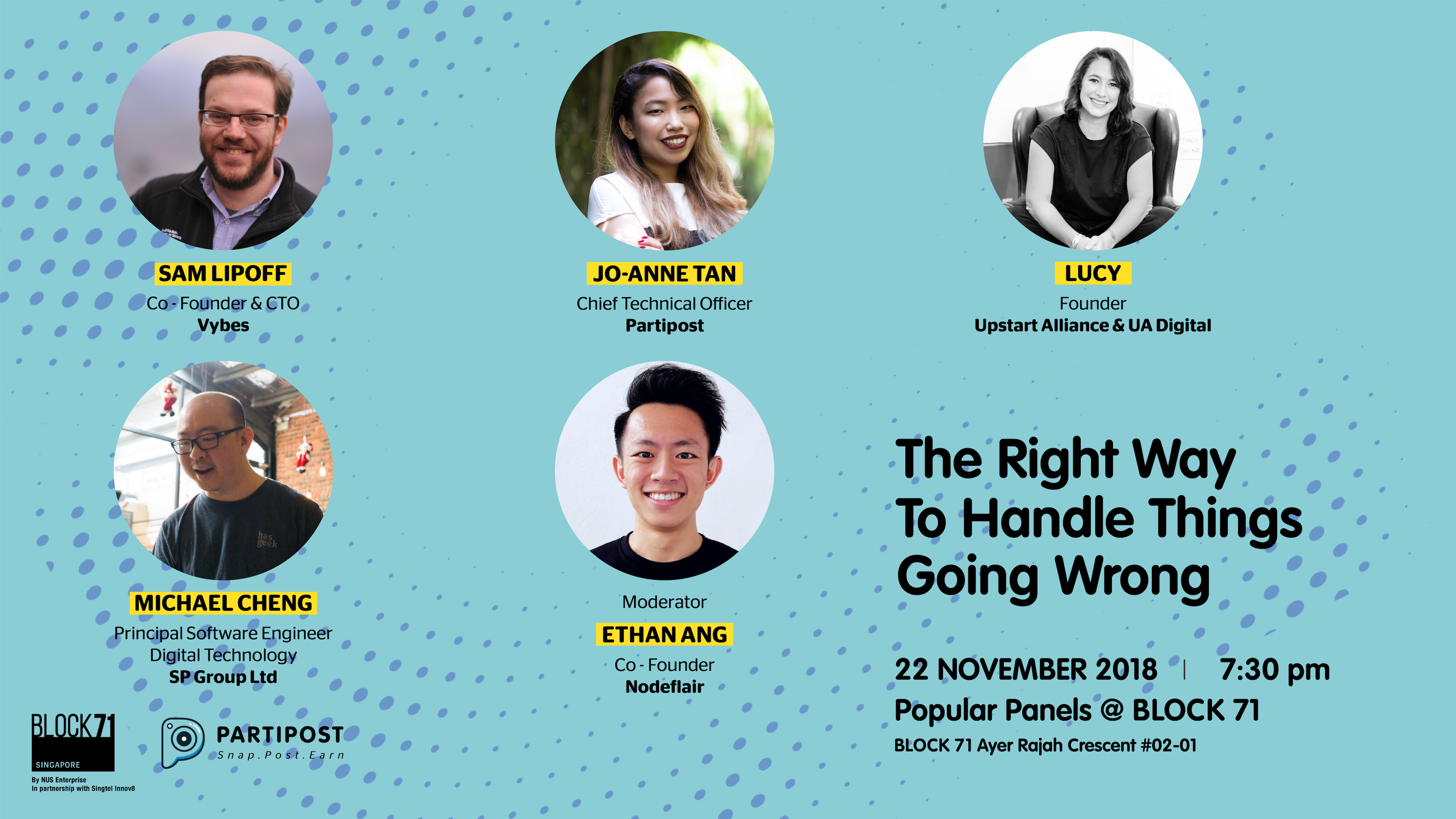 Startups today often live by the "move fast and break things" philosophy, but must be careful to balance speed against quality. Our panel of technology leaders discusses what it really means to embrace failure, and how to build your culture and engineering practices to use failure as an agent for success.

Jo is currently the CTO of Partipost, an app that allows anyone to become a micro-influencer.

Sam Lipoff is the co-founder and CTO of Vybes, a platform for millions of influencers to sell digital goods directly to their fans. Sam was an undergraduate at Harvard College in Chemistry and Physics, a graduate student at Trinity College, Cambridge, and MIT, and is currently on leave from Harvard Business School. He has received Fulbright, DHS, and NSF graduate fellowships and holds US Utility Patent 7,110,118. He has been programming since he was three years old, originally on a Tandy ColorComputer 2 with 16K of RAM. His first company was accepted by Y Combinator. Sam sits on the boards of the Harvard Project for Asian and International Relations and the Massachusetts Future Problem Solving Program. He speaks English and Mandarin and his Singlish still cannot make it one but he tries orredi lah.

Originally a corporate lawyer for leading global firms, Lucy decided to use her powers for good instead of evil and founded Upstart Alliance to bring top-tier legal to startups on their terms: in language they can understand, by people they can relate to, and at a price they can afford – but she knew there would always be limitations to an advisory model, so recently she has launched her second venture: UA Digital, a web app which empowers founders to create their own contracts, using microlearning and automation tech.

Michael Cheng is a full stack developer with more than 10 years of experience building dynamic websites. He currently does Ruby and Go. His community projects include Engineers.SG, a not-for-profit community initiative to document and archive the tech and startup scene in Singapore, Singapore PHP User Group (founder), iOS Dev Scouts (co-founder), PHPConf.Asia (organiser) and GeekBrunchSG (co-organiser).

His latest passion project is JuniorDevSG, a support group for junior developers and people who are new to the developer community.

Michael is currently a Principal Software Engineer with SP Group.

Ethan is the co-founder of Nodeflair - a highly curated tech talent platform to match the top 5% of tech talents with tech companies in Singapore. Since its launch in July 2018, NodeFlair has powered over 200 interviews and helped companies like Go-Jek, ShopBack, NinjaVan, Carousell (and more) scale their tech teams quickly. Prior to NodeFlair, Ethan spent a year scaling Shopback's tech team as part of the NOC program. He dropped out of his Honours year to start NodeFlair.