WHY DO WE DO WHAT WE DO? 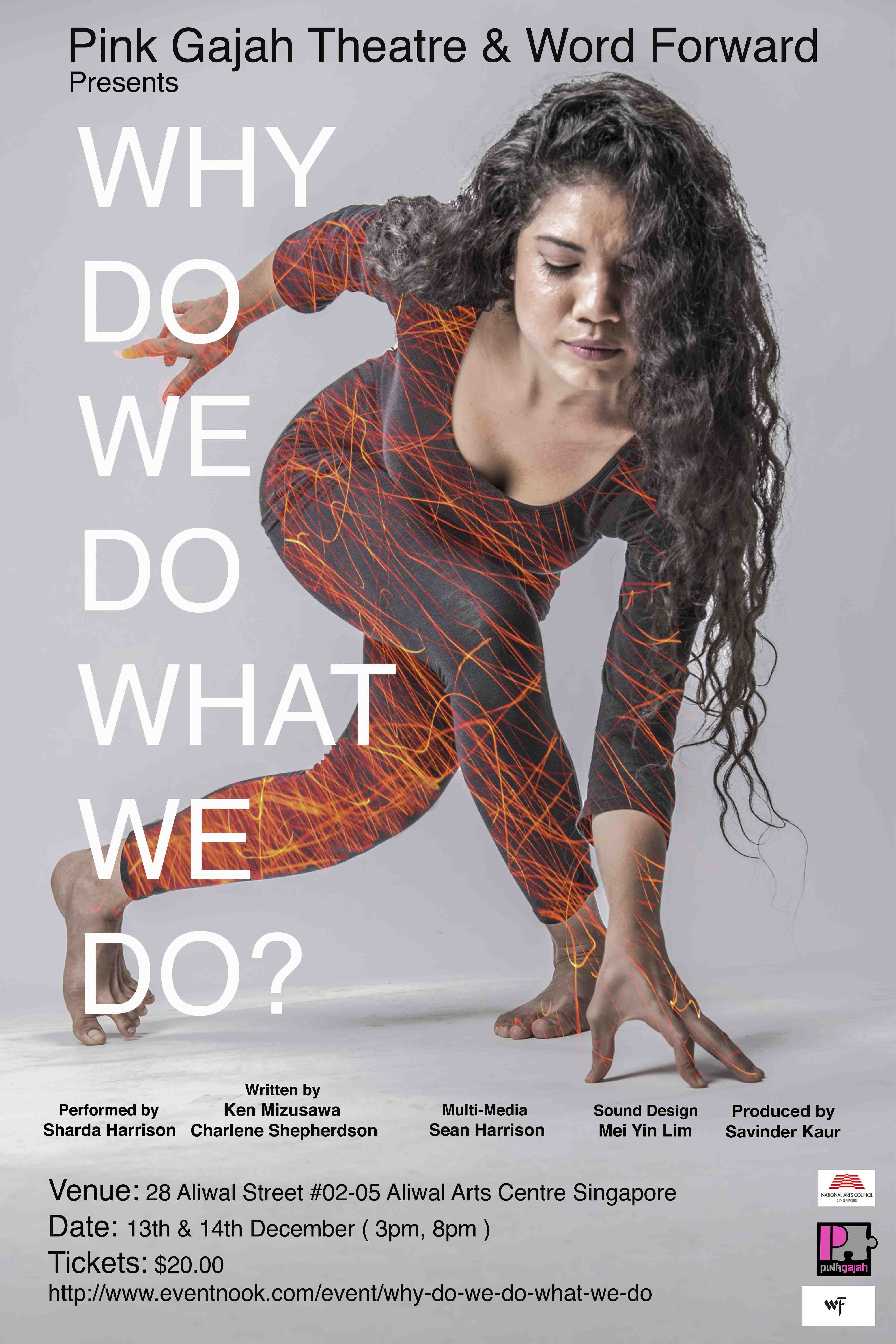 Why Do We Do What We Do? is a play that artfully exposes the killing impulse behind culinary needs and raises an ethical issue confronting many today –– whether to eat meat, or not to.

That is the question behind these five entertaining, interlocking narratives: the life of a disgruntled vegan tiger handler in a zoo, a guilt-ridden Indian IT professional who eats meat on the sly and a culinary counselor using fish, flesh and fowl for marriage therapy. Combined with the struggles of a whacky chicken flying into the jaws of death and the returning spirit of a weird dead cow. Why Do We Do What We Do critically and comically interrogates the complex relationship between appetite and action, as well as the personal and social consequences arising from de-natured eating habits of modern city dwellers. Does humanity possesses a collective conscience, given our treatment of animals today? Indeed, what are our responsibilities to animals and to each other? What does it mean to be human – and indeed animal – within the highly bounded spaces inscribed by human society and culture?

This colourful solo event directed and performed by Sharda Harrison has been written by Ken Mizusawa from ideas conceptualized from a lecture of the same name by Bernard Harrison, the man behind the success of the Singapore Zoological Gardens (SZG).